The series, based on George R.R. Martin’s fantasy novel “Fire & Blood,” which is set 200 years before the events of Game of Thrones, tells the story of House Targaryen.

What is House of the Dragon?

When will House of the Dragon Premiere?

How to watch House of the Dragon in Australia?

What is House of the Dragon?

Based on Martin’s novel Fire & Blood, which tells the history of House Targaryen and their bloody civil war, House of the Dragon is a ten-episode series focusing on the reign in Westeros, 200 years before the events depicted in Game of Thrones took place.

When will House of the Dragon Premiere?

The ten-episode drama series will premiere Monday, 22 August 2022 at 11.00am AEST – the same time as the US release – and it’s rumoured a new episode will drop every Monday thereafter but wait for confirmation before you start planning your watch parties!

How to watch House of the Dragon in Australia

House of the Dragon will be available exclusively to the Foxtel Group, meaning BINGE will stream all episodes and every ep will also be available to watch on FOXTEL in 4K Ultra HD.

Anyone new to the BINGE streaming service can redeem a BINGE Free Trial to watch the highly anticipated series when it launches.

Haven’t tried BINGE yet? Get a BINGE Free Trial and start streaming instantly.

Fans can also catch up now on all 8 seasons of the award-winning drama Game of Thrones before the Dragons arrive on August 22nd – it takes over 70 hours to complete every episode of Game of Thrones from start to finish.

And for the super fans who just can’t wait, a new augmented reality app, House of the Dragon: DracARys, has been released globally to celebrate the arrival of the anticipated series. The app will allow each user to hatch their personalised, virtual dragon egg, enabling them to “raise” their dragon at home. Players will also get to speak verbal commands to their dragons in Valyrian using a voice recognition system.

The free DracARys app is available to download on Apple and Google Play app stores now. 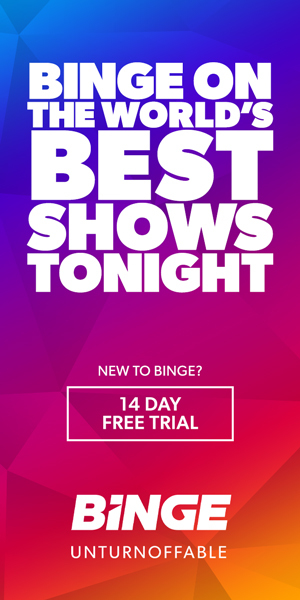 Winning Time Rise of the Lakers Dynasty is a fast-break series chronicling the professional and personal lives of the 1980s Los Angeles Lakers, one of sports…

We can hear the opening credits now! The hugely successful Sex and the City TV series premiered in the late 90’s with the final episode airing in 2004…

Fans worldwide have been crossing their fingers since news broke on July 17, 2019 that an updated version of Gossip Girl was on…